Most people with hearing loss in Plano can attribute their condition to a common cause such as aging or noise exposure. There are other factors that can lead to impaired hearing, though – including mumps. 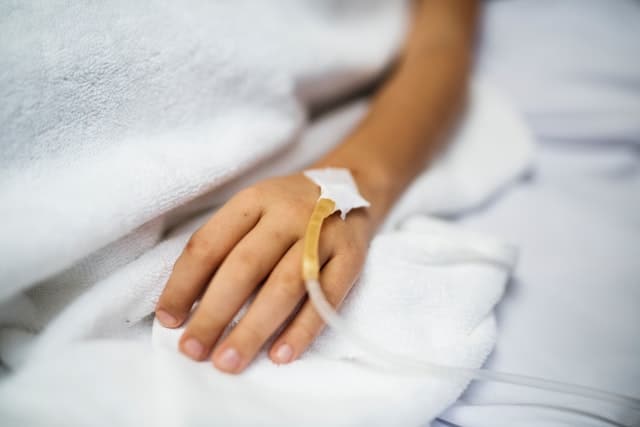 Mumps has made a resurgence in the U.S. over the past few years, thanks in large part to the “anti-vaxxer” movement that has led to a small but growing number of parents refusing to have their children immunized.

The number of cases has risen from around 1,000 in 2015 to over 6,000 the past few years. Considering this once-common childhood disease was considered all but eradicated decades ago, this is an alarming trend that can have serious health consequences.

Mumps is a viral infection belonging to the same family as measles. It is highly contagious, with the most frequent method of transmission being infected saliva usually spread by coughing and sneezing.

Once you have been exposed, symptoms appear about two weeks later and include swollen salivary glands on one or both sides of the face, pain when chewing or swallowing, fever, headache and muscle aches, weakness, fatigue and loss of appetite.

Complications such as inflammation of the testicles, ovaries, breasts, pancreas and brain can occur; other rare but serious side effects include fluid buildup around the brain and spinal cord and hearing loss.

The link between mumps and hearing loss isn’t entirely understood, but it is believed that the virus can attack the cochlea, auditory nerve, brainstem and stria vascularis, affecting blood supply to the inner ear and damaging the nerve cells responsible for hearing.

Those with hearing loss resulting from mumps – such as Hollywood actress Holly Hunter, who contracted the disease as a child – are usually affected in only one ear (in Holly’s case, her left). Inner ear damage is permanent, so once the hair cells are destroyed, they do not grow back and can’t be repaired. Fortunately, only 1-4 percent of people infected with mumps in Plano will go on to develop hearing loss as a result.

But why take that chance, when a vaccine is readily available and highly effective?  The MMR vaccine protects against mumps, measles and rubella, all three of which can cause hearing loss. It has been available since 1971 and, according to the Centers for Disease Control and Prevention, a person receiving two doses will reduce their risk of contracting the disease by 88 percent. Your child should receive their first immunization between the ages of 12 and 15 months, with a second dose at 4 through 6 years of age. A booster shot in the teen years is also recommended.

For more information on preventing hearing loss from mumps, make a call to your Plano audiologist today.

Hear Again. Reconnect with the world.